“Until recently, I was rather a lone voice on China. If not crying in the wilderness, certainly one on the fringes, viewed with irritation by champions of the “Golden Era” of Sino-British relations.

When the Conservative Party Human Rights Commission published our 2016 report – The Darkest Moment – it was not popular in certain circles in Whitehall.

Yet suddenly, we are in a new world and almost daily I hear senior Conservatives saying what I have been saying for years.

They range across the spectrum – from Brexiteers such as Iain Duncan Smith and David Davis to centrist Remainers such as Tom Tugendhat to those on the party’s left like Damian Green. Nick Timothy, Theresa May’s former chief of staff, and William Hague, the former Foreign Secretary who pledged to put “human rights at the heart of foreign policy”, have made welcome interventions. The new China Research Group is an excellent initiative.

Who would have thought it would take a pandemic to wake us up to the fact that, as Chris Patten, the last Governor of Hong Kong, says in a letter to the Foreign Secretary, “totalitarian regimes always rely on secrecy and mendacity”. In Wuhan, he notes, “the Communist Party used the police to try to shut the doctors up” when they warned of coronavirus. The issue, says Lord Patten, “is not our relationship with China and the Chinese people”, with whom we should continue to engage as positively as possible. “It is our relationship with the dangerous and immoral Communist Party.”

So as calls for a reset and a “reckoning” increase, here are ten steps to consider.

1) Abandon the idea that in order to trade, we must be silent on the Chinese Communist Party (CCP) regime’s atrocious human rights record.

Let’s end Operation Kow-Tow and begin Operation Stand-up-Tall. In all our interactions with the regime, public and private, we should speak out for human rights.  At a time when the Chinese people are enduring the worst crackdown since the Tiananmen massacre, and perhaps since the Cultural Revolution, this is no time to appease.

When at least a million Uyghurs and other Muslims are incarcerated in prison camps or enslaved in forced labour, we should hold the perpetrators of some of the 21st Century’s worst mass atrocities to account. When a tribunal chaired by the man who prosecuted Slobodan Milosevic concludes that the regime is forcibly extracting human organs from prisoners of conscience, we should seek justice. When thousands of Christians in China have seen crosses and churches destroyed and pastors jailed, we should defend religious freedom.

2) Wake up to the CCP’s aggression beyond its borders.

Five years ago Hong Kong-based bookseller Gui Minhai, a Swedish citizen, was abducted in Thailand, mysteriously appeared on Chinese state television delivering a confession, and recently was sentenced to ten years in jail. How can a state kidnap a foreign citizen from a third country and the rest of the world remain mute?

Less grave but closer to home, I have had a taste of the CCP’s aggression. In October 2017 I was denied entry to Hong Kong. Subsequently I have received anonymous threatening letters at my private home address. Some of my neighbours, my mother and my employer also received letters telling them to tell me to shut up.

At least four Conservative MPs have been lobbied by the Chinese embassy to tell me to stop speaking. Fake email messages in my name have been sent to MPs in an effort to discredit me. Others have experienced the same.

And I was the initial target of abuse at the Conservative Party Conference in 2018 by a Chinese state television reporter who was subsequently convicted of assault. The CCP’s influence in our universities, media and other spheres also needs to be examined.

Few people would suggest stopping trade with China altogether, but we should not be so dependent. Let’s look to Asian economies that share our values – Japan, Korea, Taiwan – and countries which, though their human rights records are not perfect, nevertheless have more open, democratic systems than China’s such as India, Indonesia, Malaysia, Brazil.

Let’s work with our oldest friends in Europe, Australia, New Zealand, Canada and the United States. And let’s produce more at home as well. Let’s not pull up the drawbridge, but let’s not put all our eggs in one basket. Let’s be a truly Global Britain.

4) Work with others to pursue an international investigation into Covid-19’s causes – and hold to account those who repressed the truth instead of the virus.

Although I agree very much with Donald Trump’s criticisms of the WHO, I am not convinced that withdrawal is helpful – indeed, it may be counterproductive in ceding even more ground to the CCP. We should fight for reform.

6) Realise our obligations to Hong Kong and lead an international effort to defend its freedoms, the rule of law and autonomy.

We have a moral responsibility, but also a legal one under the Sino-British Joint Declaration. And it’s a matter of self-interest too – if the CCP is allowed to tear up its promises under a treaty lodged at the UN, that is an assault not only on Hong Kong but on the international rules-based system.

Moreover, Hong Kong still matters as a major international financial hub, as a Hong Kong Watch report shows – but its success as a trading centre is underpinned by the rule of law, basic freedoms and autonomy. If those are destroyed, its viability is undermined – and that is in no-one’s interests. Besides speaking out, we should expand the rights of Hong Kongers who hold British National Overseas (BNO) passports.

7) Strengthen relations with Taiwan, which has shown itself to be a role-model of democratic good governance.

Despite being ignored by the WHO, Taiwan has handled the pandemic remarkably effectively and responded to the global crisis with generosity. Its governance stands in stark contrast to the repression in mainland China. Taiwan is our friend and we should stand by it.

8) Clearly we should say no to Huawei.

The arguments are overwhelming and well-rehearsed – the deal damages relations with our closest allies, threatens national security and undermines our values. Huawei is an accomplice to the regime’s repression in China and an arm of its aggression abroad.

10) Lead the way in building global alliances to confront the CCP.

On our own what we can do is limited, but there is strength in numbers. Perhaps an international “contact group” could be established to coordinate our response. Perhaps a global alliance of Parliamentarians would be helpful. Together with friends in Europe, North America, Africa, Latin America and the Asia-Pacific, let’s stand together against the CCP’s aggression.

I no longer feel I am a fringe irritant. I welcome the fact that this discussion is now mainstream. And what is overwhelmingly clear, as the Foreign Secretary has said, is that it can no longer be “business as usual” with the Chinese regime. And I know many Chinese people would welcome that.”

A cross-party international coalition of 284 parliamentarians and policymakers from 30... 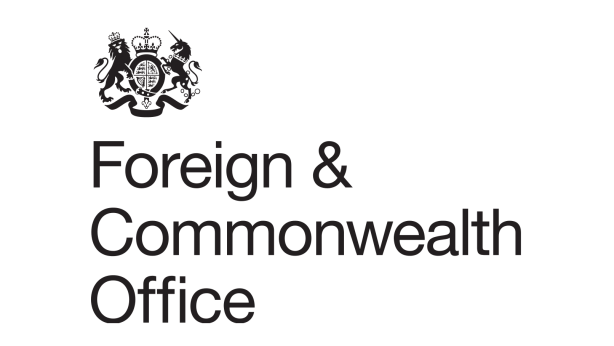